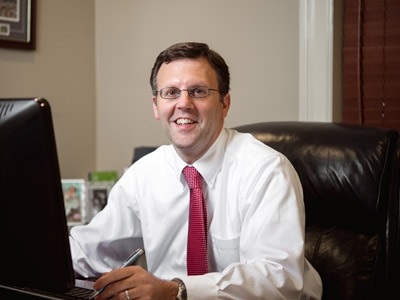 Originally from London, Kentucky, Keith grew up on his family's farm where they ran a commercial greenhouse, raised cattle, and grew tobacco. Keith found his passion for investing early, buying his first two stocks – Boeing and Turner Broadcasting – when he was in middle school. Keith continued to pursue this interest in college at the University of Kentucky, where he interned with Russell Capital during his junior year. After completing the internship, Keith continued to work part-time for the firm and assumed a full-time position in 1995, after graduating from UK with a degree in finance.

Keith enjoys spending time with his family, traveling, and enjoying the outdoors. He resides in Richmond with his wife Paula Ann and his two young children (Kenzie 6 years and Keeden 3 year).