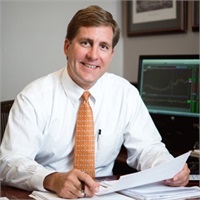 Justin Sautter is a Senior Partner and Wealth Manager at Russell Capital Management. A Certified Private Wealth Advisor® (CPWA), Justin focuses on the life cycle of wealth from accumulation and preservation to distribution.

Prior to joining Russell Capital in November of 2013, Justin was an advisor with Volomite Wealth Management, a firm he founded in 2009. Before this, he was a Managing Director at Nollenberger Capital Partners where he covered New York and Mid-Atlantic accounts in the Institutional Equity Sales department. From 1999 until 2005 he worked for Wells Fargo Securities in a similar capacity in both San Francisco and then later in New York where he helped launch its East Coast operations.

Before entering the securities business Justin worked for Price Waterhouse, LLP in their Valuation Services department. Justin's job as a business analyst with PW involved the valuation of privately held assets such as family businesses and real estate portfolios.