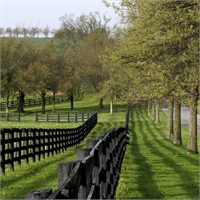 Anne has been in the investment business since 1989. She was Vice President – Investments at both JC Bradford & Co and UBS, where she received the Milestone Award. Anne was also a contributing writer in the investment area from 1994-1999 for The Lane Report, a Kentucky Business and Economic Magazine. She joined Russell Capital Management as a Wealth Advisor in 2005.

Prior to her Investment Career, Anne was Director of Marketing and Development for the Better Business Bureau of Central and Eastern Kentucky, then became a member of the Board of Directors for over 10 years.

Anne is a graduate of Converse College, served as President of the National Alumnae Association and is a recipient of the Converse Centennial Achievement Award. She completed additional coursework from Stanford, Transylvania University and the University of Kentucky.

Numerous organizations, including Boys Home Inc. of Virginia, The Lexington School, Lexington Art League and Midway College have benefitted from her volunteer efforts. Anne is a native of North Carolina and has served on the Board of Visitors of the Kanuga Conference Center Inc. in Hendersonville, NC since 1985.

Check the background of this investment professional on FINRA's BrokerCheck.